Georgia politics, history, and other stuff 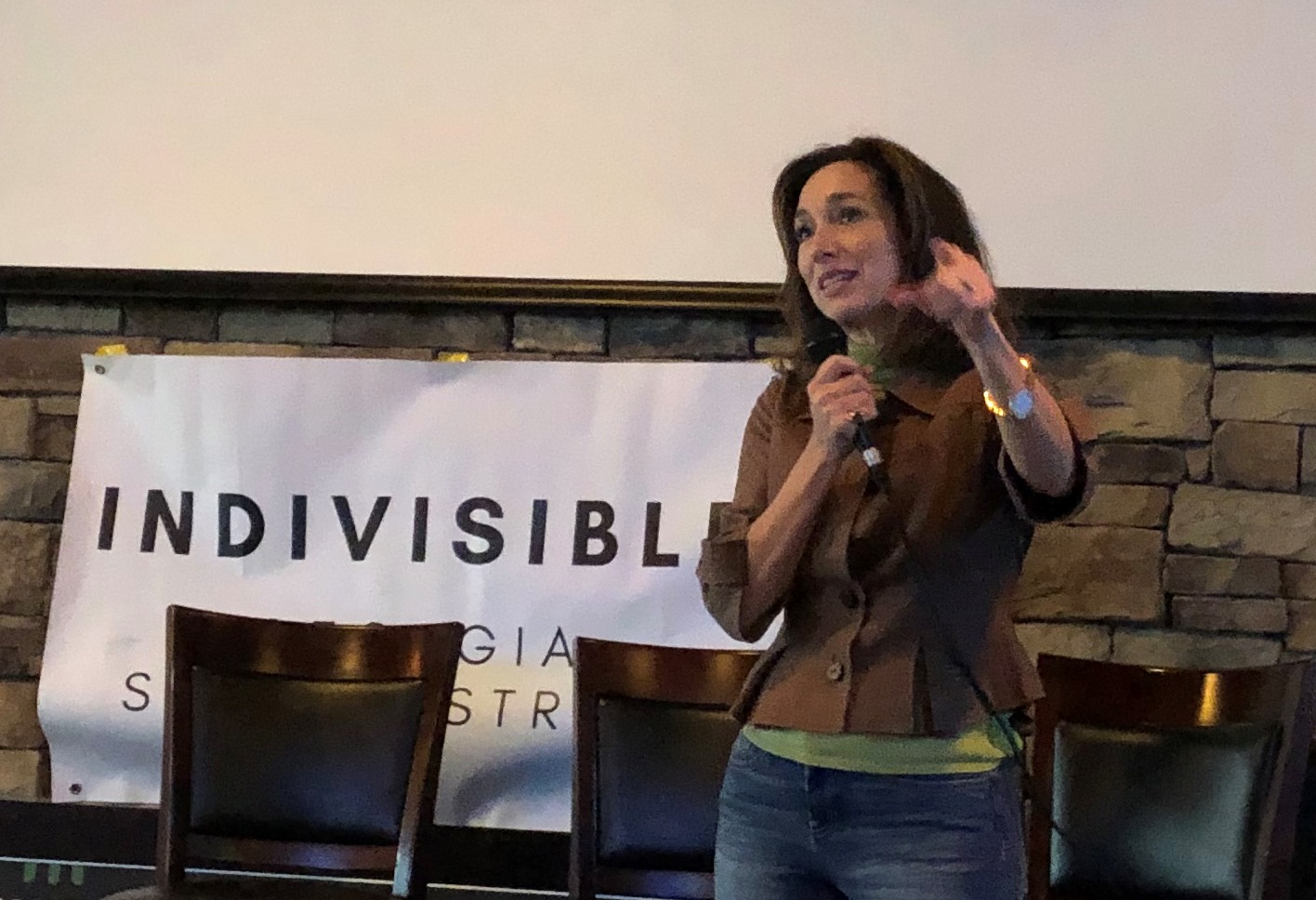 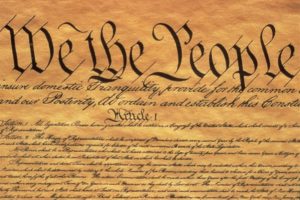 As a lawyer, Teresa Tomlinson takes the Constitution seriously, and she doesn’t shy away from the impeachment debate. In a recent interview in her Columbus campaign office, she talked about the Founding Fathers, and how they set up the impeachment process as a safeguard against tyranny. She’s even tweeted out a Twitter treatise on Federalist Paper 66. She doesn’t want to see it as a political process, but as a Constitutional remedy to bad actors and demagogues in the White House. But it’s hard, if not impossible, to take the politics out of politics, as the old saying goes.

In June, she said that House Democrats had a “duty” to begin impeachment hearings against Trump, regardless of whether it’s politically advantageous, according to Flagpole Magazine. “The fact of the matter is, you’re not up there to get re-elected,” she told a group of Athens Democrats over breakfast Saturday morning. “You’re up there to lead.” 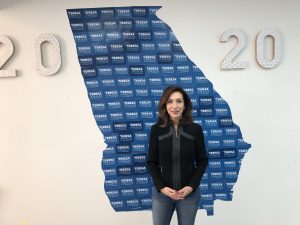 Even before Tomlinson became the first of four Democratic candidates to challenge Sen. David Perdue, Tomlinson shared an Atlanta stage with Tom Steyer and cited President Donald Trump’s wrongdoing as grounds for impeachment proceedings. This was in April 2018, during the Mueller investigation, when she was still mayor of Columbus. Since then, evidence of impeachable offenses keeps piling up, most notably surrounding Trump’s “perfect call” with newly elected Ukrainian President Zelensky on July 25, 2019—when Trump tried to shake down the foreign leader to get dirt on political rival Joe Biden.

Impeachment proceedings began in September. These were long overdue, according to Tomlinson, who wrote, “In my view, we cheated ourselves by not starting impeachment proceedings sooner.” She said an inquiry into Trump’s conduct should have been launched in response to revelations about our financially conflicted president’s support for the 2017 naval blockade led by the United Arab Emirates against Qatar, our ally and host to a U.S. military base. It’s a long, ongoing story, but this headline illustrates the basic issue: “Did Jared Kushner Punish Qatar Because it Wouldn’t Lend His Family Money?”

Not that this was Trump’s first brush with impeahable offenses. He’s been afoul of the emoluments clause of the Constitution since the day he took office, due to his ownership of the Trump Hotel in Washington, D.C. He calls it the “phony emoluments clause.” He also thinks Article II of the Constitution “lets me do whatever I want.” Khizr Khan was right to suspect Trump hadn’t read it.

To be sure, there’s a certain lawlessness about Trump that Tomlinson and many other Democrats have picked up on. And for egregious behavior, there’s a lot of “there there.” We can also throw in a declining mental state and general unfitness to serve. If all this is news to you, follow George Conway on Twitter. You’ll learn quickly. 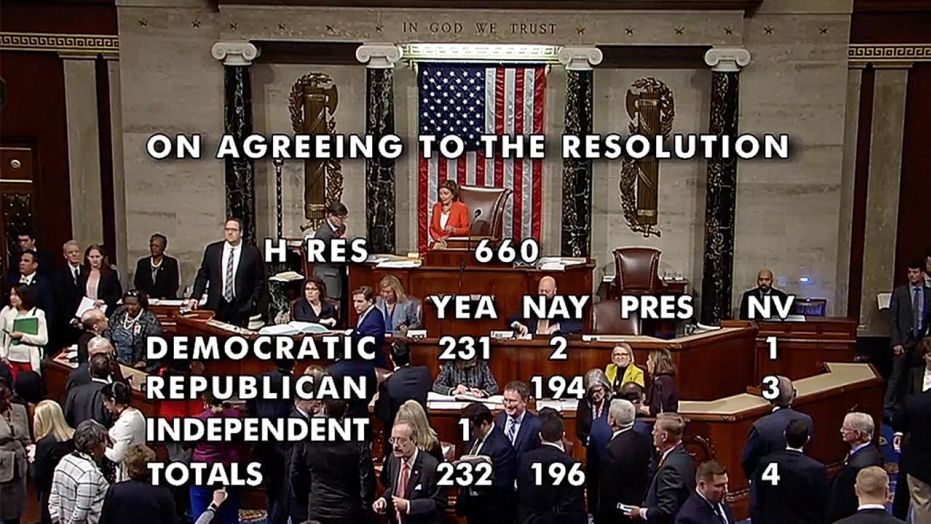 Trump was impeached on charges of abuse of power and obstruction of Congress by the House on Dec. 18, 2019. This followed testimony by many witnesses, and the proceedings were highlighted by stunts and distractions staged by Republican lawmakers, along with stonewalling by the Trump Administration. As evidence mounts and obstruction continues, Democrats and Republicans are locked in a holiday impasse on how to proceed. In the courts, House and Department of Justice lawyers battle over whether Trump officials such as former National Security Adviser John Bolton and Acting White House Chief of Staff Mick Mulvaney can be compelled to testify.

During a recent hearing on the administration’s claim of “absolute immunity” from Congressional oversight, Judge Thomas Griffith, a George W. Bush appointee, asked a Department of Justice attorney, “Has there ever been an instance of such a broad-scale defiance of a congressional request for information in the history of the republic?”

The DOJ didn’t have a good answer for that.

Tomlinson said that, if she were a juror in Trump’s impeachment trial, she would keep an open mind. However, she also said she hasn’t seen any evidence yet to exonerate the president. In non-MAGA circles, there’s a general consensus that such evidence doesn’t exist—otherwise, the White House would already have released documents and put forth Administration officials to testify. Those who stepped forward typically have done so in defiance of Trump, and have been vilified by the president and his supporters as a result.

Other Democratic candidates chime in, more or less

Calling for impeachment may seem like a no-brainer for a Democratic candidate for federal office, but many were reluctant to come on board. Tomlinson earned praise as “The Red State Democrat who isn’t afraid to run on impeaching Trump.” According to news reports, she was the only major Democratic Senate candidate in a 2020 battleground state running ads on impeachment. These appeared on Facebook over the summer, before the formal inquiry began. Some of her Democratic opponents–one in particular–have been more publicly reticent on the issue.

In announcing his campaign in July, Clarkston Mayor Ted Terry said Democrats should focus on Election Day 2020, not impeachment proceedings, according to the AJC. “The American people have all the evidence they need,” he said. “What we’ve seen from the president and Sen. Perdue is enough to defeat them in 2020. I’m more interested in defeating them in the election than trying to impeach.”

However, both Terry and candidate Sarah Riggs Amico, a trucking executive and former candidate for lieutenant governor, came out in support of impeachment as proceedings began. On Dec. 18, Amico led off a Twitter thread by writing, “Today’s impeachment vote is a gravely serious moment for our country. The House of Representatives, in accordance with its constitutional duties, had no choice but to condemn the President for his brazen abuse of power and betrayal of his sworn oath.”

Jon Ossoff, who rose to fame during his unsuccessful 2017 run for Congress in Georgia’s Sixth District, has been more tentative. He was cautious on impeachment during his race against Karen Handel, saying “We’re not there yet.” He’s been relatively quiet since, especially compared to Tomlinson. In September he tweeted, “If Trump pressured a foreign power to smear his political opponent, dangling security assistance as leverage, he should be impeached.”

If. I think he may still be looking for those mythical moderates he was searching for back in the day. In any case, his message has been muted. Like it was in 2017. Let’s put it this way: If you go to Tomlinson’s website, you’ll see more than a dozen position papers on issues. If you go to Ossoff’s website, you’ll see … (checking again) … a video.

So much for reality. Now let’s see what our Republican senators are up to.

Once on, the MAGA hat stays on

Having put on the red cap long ago, Sen. Perdue is locked into see-no-evil mode when it comes to Trump’s faults and misdeeds. Their relationship goes back to a Trump Tower meeting in 2014. Back then, Perdue earned an endorsement tweet from The Donald, and in 2016, he returned the favor after Trump had sewed up the GOP nomination. In the Senate he’s been the president’s most steadfast supporter/sycophant. Perdue stood in the Oval Office and managed not to hear Trump’s racist comments about African and Caribbean nations that even Lindsey Graham—Lindsey Graham!—felt compelled to call out to the president’s face. Perdue saw Trump’s family separations at the border as nothing more than the “current shiny object of the day” to distract the media from his message on the federal budget. Ironically, that’s Perdue’s pet issue, even though he gleefully supported tax cuts for the rich that have caused the deficit to soar.

It’s no surprise that, when it comes to grounds for impeachment, Perdue sees none. “There is absolutely nothing in this phone call that rises to the level of (impeachment),” he told The Associated Press. He’s cosponsored a Senate resolution condemning House impeachment proceedings. Parroting Republican talking points, he’s called impeachment a “sham” at least three times and “illegitimate” twice. He told Bret Baier on Fox News that there’s “not a chance in hell” the Senate would remove Trump from office in a trial.

“You’ve already made up your mind?” Baier followed.

Tomlinson is not impressed. “It is a breach of his honor, and his oath of office,” she said. Though noting Perdue has tried to walk back his unequivocal support for the president, she remains skeptical and thinks, based on past statements and behavior, he should recuse himself from the trial. Not that he will, but it’s a reasonable demand, considering.

Kelly Loeffler: How can someone so rich be so owned?

Meanwhile, Kelly Loeffler, hand-picked by Gov. Brian Kemp to replace retiring Sen. Johnny Isakson, has, under terms of service, sworn her undying loyalty to Trump. She seems to have all her talking points—I mean beliefs—handed to her as part of the process. Tomlinson didn’t talk about Loeffler’s appointment, and complimented her past good works, but noted, “To the extent that she’s said she’s prejudged the circumstances, she shouldn’t serve on this impeachment trial.”

Spoiler alert: Loeffler has jumped through hoops since her appointment to telegraph her vote in a Trump trial Trump, calling the constitutional process a “hoax,” a “circus” a “sham,” and a “distraction and sideshow.” She has tweeted “my first vote will be to end the impeachment sham.” This will come after solemnly swearing “that in all things appertaining to the trial of the impeachment now pending, I will do impartial justice according to the Constitution and laws: so help me God.” Seems like there might be a problem here.

Tomlinson has little patience for Senators who won’t do their job, “The fact that (Loeffler) has determined this to be in her political interest speaks to the fact that she’s not a serious person and she’s not (going to be) a serious senator. She needs to rise to her better self.”

I just gotta say: Give Tomlinson credit for being optimistic about human character.

Still, she finished up on the subject with some strong words. “This is so important, and the fact that (Perdue and Loeffler) are demeaning it as a political football just speaks to the fact that they don’t deserve to serve. They don’t understand the gravity of it, that they think it can be brushed away with an appearance on a cable news show or a quip … shows that they don’t have the political maturity and experience to govern this country.” 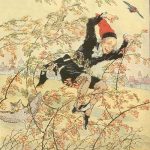 Disclosure: While I think any of the four current Democratic candidates would be an infinite improvement over the incumbent senator, I’m supporting Teresa Tomlinson. Why? I believe she’s the strongest candidate with a solid Progressive platform, and because of her 159-county strategy, the Democrats’ best chance to beat David Perdue in November.

View all posts by Jonathan →